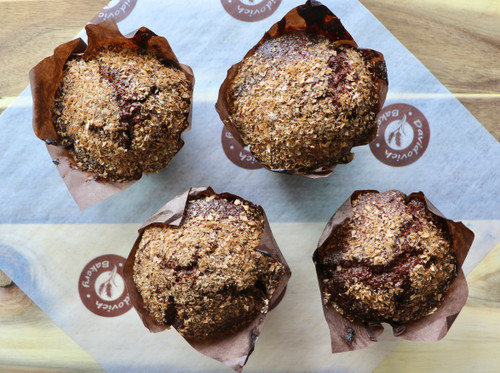 The term "Muffin" has been used to describe these individual round cakes since the 17th Century in Britain. Originally called "Quick-bread Muffins" to distinguish them from flat bread muffins, like the "English Muffins". These little cakes were not hugely popular in Europe. In the 19th and early 20th century European descended American bakers began to sweeten them up and difference them from their dry, plain ancestors. Davidovich's Grandma Zoya decided to add ingredients like rich, real honey and raisins to her bran muffin recipe and the Davidovich Honey Raisin Bran Muffin was born. Of all the varieties of muffins, this food combination of rich hearty bran, gently sweetened with honey, and the sweet juice of raisins created a distinct, mouth watering flavor that makes having a hot cup of coffee without them an impossibility. The Davidovich Honey Raisin Bran Muffin is in a class all of its own.